Tokyo Demo Fest will be held during two days on December 11-12, 2021 at the a live streaming will be available on Youtube. 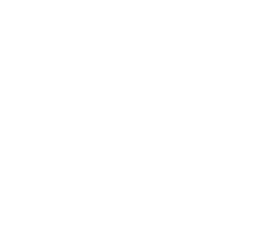 All of the entries for Tokyo Demo Fest 2021 can be downloaded from our friends at scene.org here: https://files.scene.org/browse/parties/2021/tokyodemofest21/

The livestream recording for Day 1 is here: https://youtu.be/2s9KfMn1J9M

The livestream recording for Day 2 is here: https://youtu.be/bp37xTVNRrM

Tokyo Demo Fest 2021 is over and ticket/T-shirt sales have ended. Thank you to everyone who helped support us!

Notation based on the Specified Commercial Transactions Law (Japanese)

Entry submission has closed! Huge thanks to everyone for their entries!

Hello! I'm 0b5vr, a Live Coding VTuber. 🍅🍜 Have you finished your first sphere repetition with raymarching and wondering what to do next? I will introduce a lot of recommended techniques to you! Perhaps it might even be perfect for knowing the highlights of the Shader Showdown...? Please come and watch, everyone! ❤️

Most of the old hardware that we know and love is an accident of history; a product of the few chaotic decades it took to go from the varied charms of early home computing to roughly what we have now. Can we make new old-fashioned machines that are interesting to program and design for? Do they need to physically exist, or even be plausible?

PICO-8 is an attempt to answer these questions in a lazy way: it is a program that turns your fancy modern computer into a crappy old computer. This session gives a quick tour of demos made for PICO-8 and other fantasy machines, along with some notes on its design and evolution over the last 6 years.

For demos, there is a category called an intro that focuses on creating demos with file size constraints.

When working under these file size constraints, it's difficult to use existing library engines or luxury assets, leaving only the pure skills of the creator that can be relied on.

This session summarizes file size reduction techniques that are specific to creating a 4KB demo for Windows PCs.

Beginning in 2011, Tokyo Demo Fest celebrated it's 10th anniversary in 2021. The demoscene, which was thought to have never existed in Japan until then, actually had a very close culture. At Tokyo Demo Fest, various people gather, meet, and release new works. In this seminar, we will explain the transition of Japanese computer culture before TDF, the history of TDF and its charm, and explore the inner workings and secrets by those who go on to win first place in the TDF Demo compo.

What is Shader Showdown?

Given a time limit of 25 minutes, two opponents compete against each other by creating a shader using their own shader techniques. Visitors vote for which shader is better, and the opponent with the most votes wins that tournament.

Matches are performed using GLSL live coding. Using an app called Bonzomatic, the complete shader code and cursor position are streamed in realtime from the opponent, and visitors can watch to see just how and what strategies the opponent will use while writing their code within the 25 minute time limit just as if they were sitting right next to you. At TDF, commentators will explain in realtime what the opponents are doing with their code so that you can enjoy it without detailed knowledge of GLSL live coding. 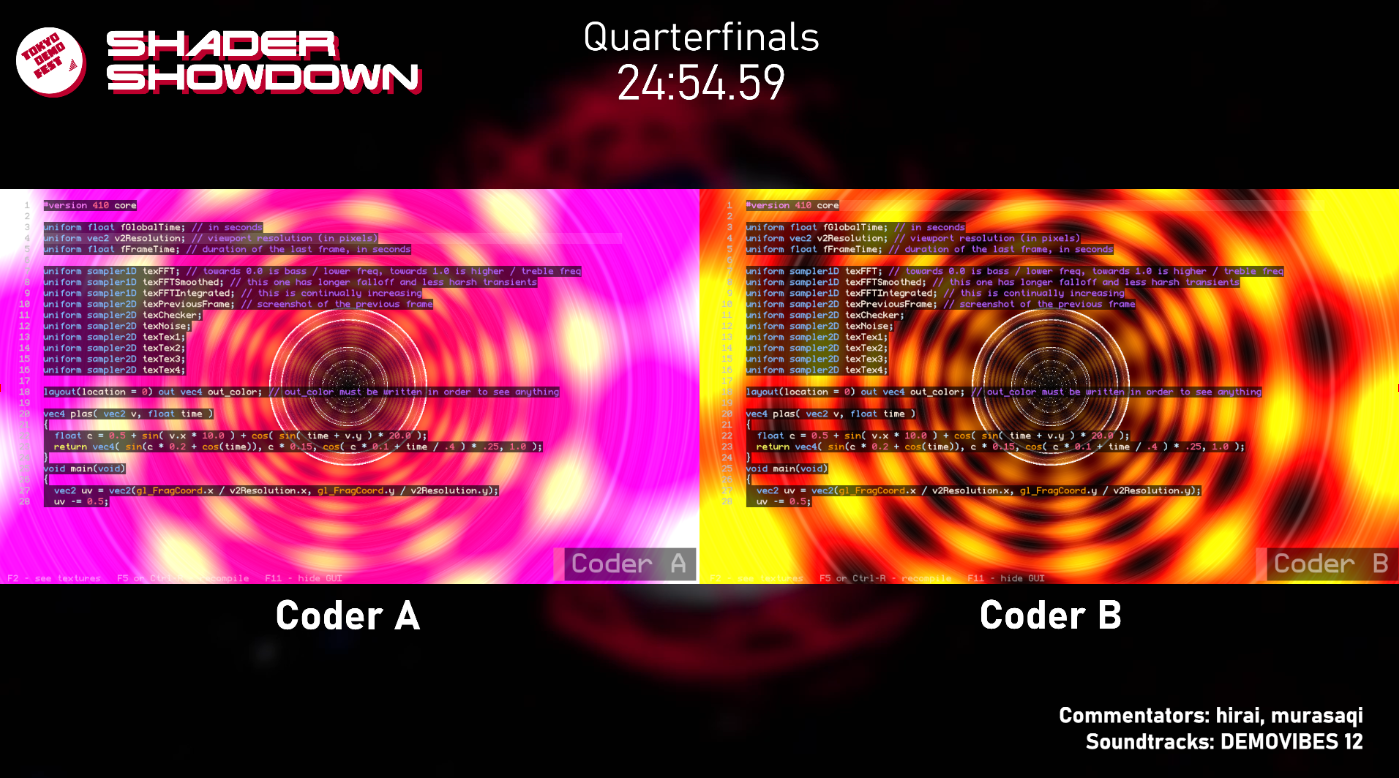 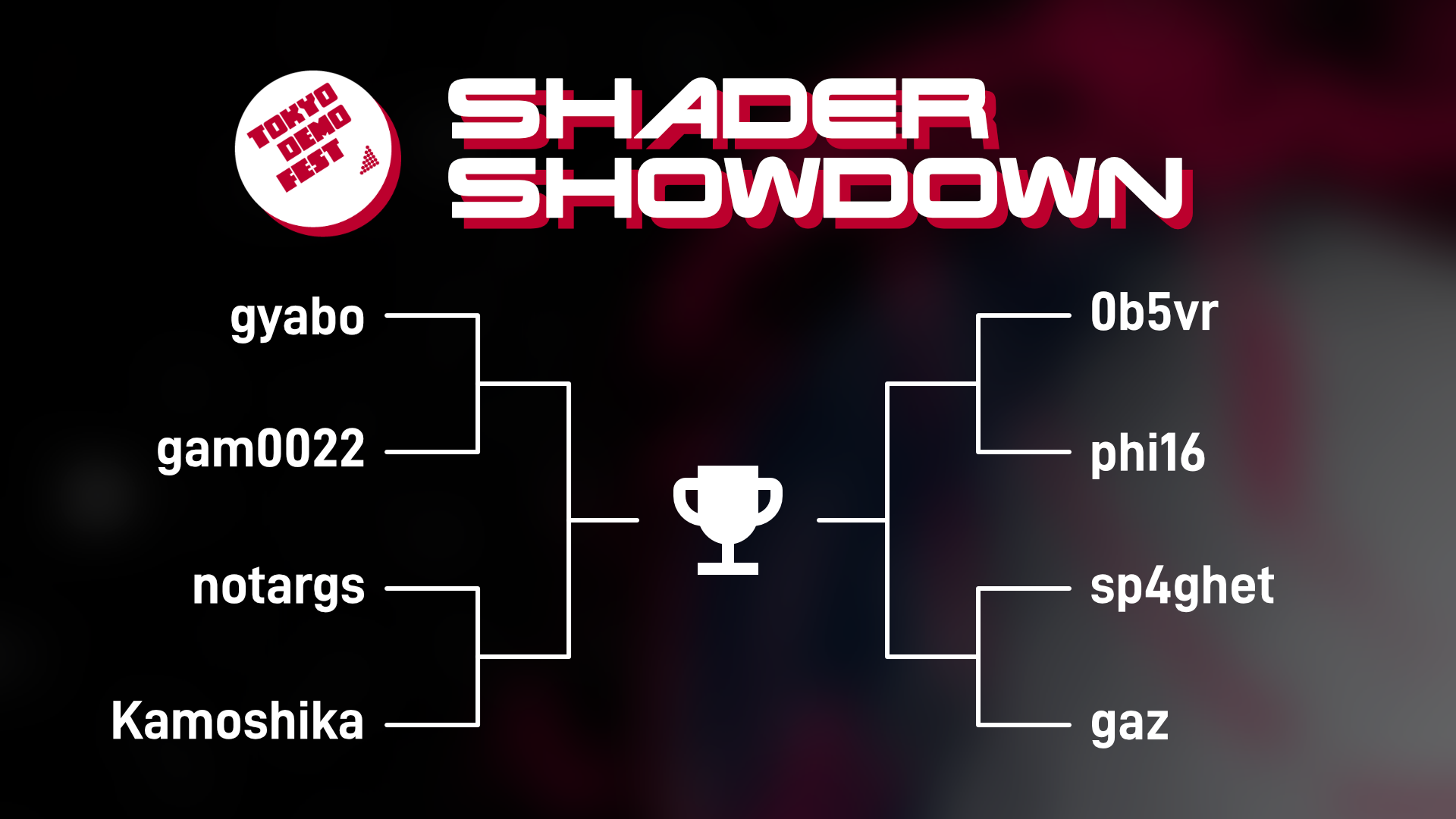 We invite you to get up from your couch and enjoy a moment of chill with an exquisite set of select music from demoscene musicians by lug00ber, with tasty live crafted visuals from flopine. The beats and the pixels will massage your ears and retina, and relieve you from the stress of meeting deadlines.

Coming from Oslo, Norway, lug00ber is veteran of sound making and the demoscene, and a member of the legendary demogroup Spaceballs. Crafting chill and powerful beats for nearly two decades, he releases music under Dub Monkey Records and Nordic Breakbeat Conspiracy, and is the author of over a hundred demos soundtracks. As a DJ, he has performed at many demoparties and other events.

Flopine is a demoscener and a PhD student in digital art at the Paris VIII University, within INRéV research team. When she first met the demoscene community in 2016, she got hooked and started to practice live shader coding. She quickly fell down the rabbit hole and merged both her artistic experience and her thesis to the action of coding the image. An activity she practices either as a performer during concert, live coding battles or for educational purposes by sharing her code. She is also a member of the Cookie Collective, an organization which promotes real time digital art by organizing free price events and streams.

The compo entries will be run on the following hardware

The competition for the highest-performing Windows-based demos. These are the following subcategories:

A competition for entries that do not fit within the Combined PC Compo, the Graphics Compo, or the Music Compo.

These are the following subcategories:

Short films, or any pre-rendered movies.

Bring either the actual device, or a video capture of the demo.

Bring either the actual device, or a video capture of the demo.

Here are some tutorials on getting started with GLSL if you need:

This is the compo for musical entries.

The competition for single-image graphics entries.

For questions about the compos, refunds, or any other questions in general, please contact us at this email address:
contact@tokyodemofest.jp

Join us on the chat service Discord here: https://discord.gg/nRYF8p6.

Tokyo Demo Fest wouldn't be possible without the help and support from sponsors. We are looking for more sponsors to ensure a great edition: contact us.